My 2 year old has recently become pre-occupied with monsters, sometimes she is a monster, sometimes there is a monster in the room but she mentions them at least once a day.  I was fairly sure that this was a developmental stage connected with how young children make sense of the world .

She has also started talking about a bat that lives in her bedroom.  There is a small cubby hole in her bedroom where the stairs cut in for our loft conversion – the bat lives in here.   When I questioned her about it further she said that there were 3 bats a baby (with her baby sister’s name) a daddy (with her daddy’s name) and a mummy called Rachel.  There are also 3 ogres that live in the cubby hole with them – they scare away monsters.

This story made me think about the connection between the whole monster obsession and imaginary friends.  When my eldest daughter was around 3 she had an imaginary friend ‘Piglet’ from Winnie the Pooh.  Wherever we went Piglet came with us and usually my daughter would pretend she was Roo and I was Kanga. 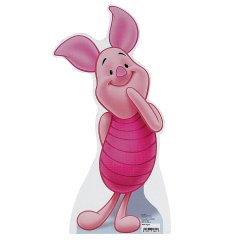 By a strange turn of events as I was thinking about these things and trying to find some information about the development of imaginary friends and foes in young children, Penny at Alexander Residence wrote a post about imaginary creatures.

Imaginary companions usually start appearing between the ages of two and a half to three, around the same time as children start to engage in complex fantasy play. This also signals the beginning of abstract thought.  Children are starting to replace physical objects for mental images, for example they can derive comfort from the thought of a teddy bear in addition to the physical object.  Their fears also begin to change from concrete things like dogs or vacuum cleaners to abstract concepts such as monsters. You could help children to have the power to conquer their fears by capitalising on this imagination and asking them to suggest what the monster might be afraid of and making a concrete object to represent it.

In my quest for information about imaginary friends and foes I found an interesting book about children’s imaginations, ‘ The House of Make Believe ‘ by Dorothy G Singer and Jerome L Singer. The book suggests that the key components to fostering creative children are

Charles Schaefer found that teachers of adolescents reported that their most creative pupils had imaginary friends as young children.  Imaginative children were more likely to have parents who valued imagination, curiosity, adventurousness and creativity.

So if your child has an entourage of imaginary companions don’t despair that they are disturbed or worried about something .  Develop the stories with them and enjoy it for the short period it lasts – I loved this imaginative phase with my first and I’m looking forward to the wonderful tales that my slightly bonkers 2 year old will unravel.

3 thoughts on “Monsters and Imaginary Friends” 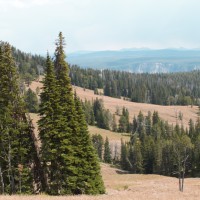 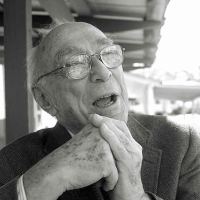 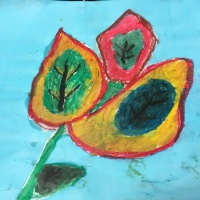 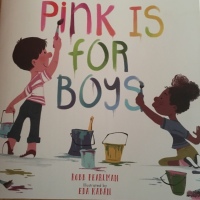 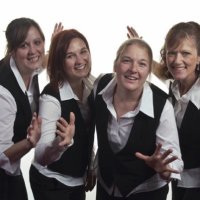